The conflict between science and politics

While the international research community is increasingly embracing micronutrients, European policymakers – especially the German government – are trying, by means of stricter laws, to hold back information on their significance for a new, preventive healthcare system.

Thirty years ago, Dr. Mattias Rath and two-time Nobel laureate Linus Pauling were still lone voices in the novel scientific field of micronutrient research. But since the early 1990s, and especially since 2010, the wind has shifted noticeably. The following chart impressively underscores the increase in scientific papers on vitamins over the past decade. 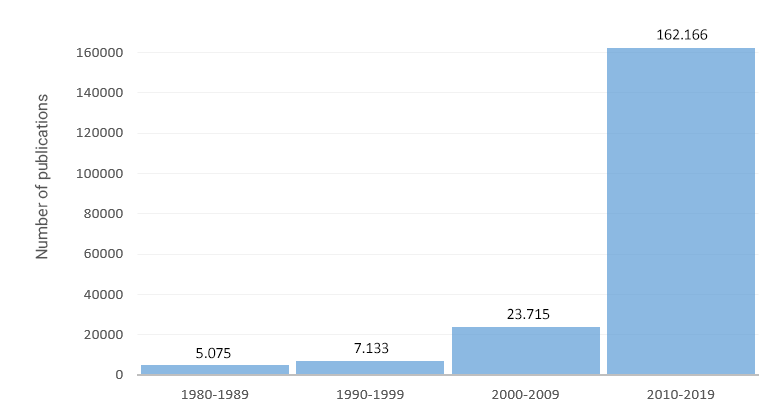 This trend, however, is not limited to research into the role of vitamins in general health. It is just as positive in specialized fields such as cardiovascular research, cancer, osteoporosis, the immune system and viral diseases. Especially in emerging countries such as Iran, there is an increasing interest in the scientific results of modern micronutrient research.

Of course, this disparity is no coincidence. In Western countries and most notably in the European Union, the pharmaceutical industry’s influence is very strong. Here, subsidies and collaborations with universities characterize a shift toward symptom-oriented medicine. The economies of large industrial nations, from the North Sea to the Mediterranean, are too dependent on multinational pharmaceutical factories.

The coronavirus crisis in particular revealed this dependency among the politicians in charge of health policy. The strong linkage of German state interests with the pharmaceutical industry became hard to ignore. Progressive, natural health approaches were sidelined, and instead, solutions proposed by pharmaceutical companies were given patronage and promoted with taxpayer billions.

While the regulation of micronutrients in the EU is already much stricter than in similar industrialized nations such as the USA, the governing coalition now plans to introduce even more stringent legislation at the EU level. In a motion dated April 20, 2021, the parliamentarians from the governing CDU/CSU and SPD parties called on the government to define maximum levels in European legislation so low that any positive effect is practically nullified. In addition, this regulation is to be extended to phytonutrients and applies to dietary supplements and vitamin additives in food.

As if it were not enough to have some of the world’s strictest legislation on vitamins, the EU Commission has stipulated in Regulation EC 1924/2006 that micronutrients may only be described with a narrowly defined set of claims. Only claims approved by the EU may be used. This means that we, as a progressive company with high-quality standards and our own research institute, are considerably restricted in our ability to make claims – irrespective of the scientific evidence available.

But even these desperate attempts will not be able to curb the unstoppable restructuring of the healthcare system. The explosion of research into micronutrients will gradually increase the scientific evidence so that no European politician will ever be able to continue opposing this development – and the will of their voters.